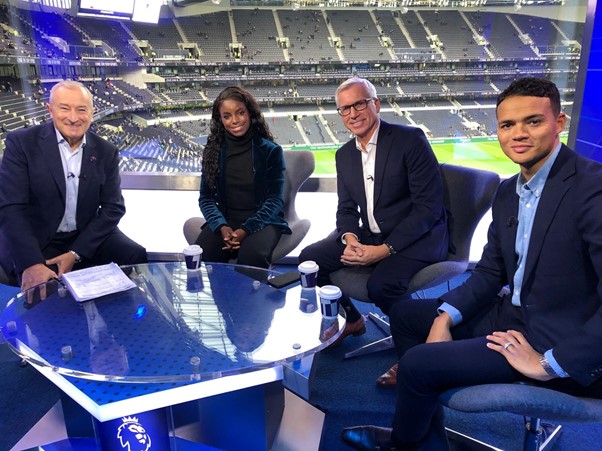 “Be yourself, it’s much easier. I think I’ll leave the acting to Tom!”

With two highly successful stars, you may expect some friendly competition in the Rosenthal family. Instead – you find an extremely humble Father in Jim, broadcasting giant for over 40 years, gushing to talk proudly of his comedian Son Tom.

“He is quietly shoving me out let me tell you! In a resturant a few months ago the waiter said: ‘It’s wonderful you’re here,’ and I thought ‘Oh that’s nice.’ He took our order, came back with his phone and said: ‘Mate, can you take a picture of us?’ It shows where me and Tom are these days. But I’m immensely proud, and have watched every minute of Plebs and Friday Night Dinner.”

He has a warmth and humility about him that is almost unrivalled, as he thanks the hosts Toby Dunn and Alex Bullions for having him. He chatters away before delving into the deeper questions, asking about their day’s and excitement for the interview. It’s clear that he is just as energised as them, and still holds the same passion for sport as he did at the start of his celebrated career.

His path is a journalistically traditional one, but not without struggles:

“The beginning was very hard, I can’t tell you how many letters I sent for jobs. It separates people though, those that get depressed and don’t continue to try.”

Each question is met with a thought out and animated answer, often with a smile and compliment to the asker. He is such a natural speaker, confident across a range of sports, but this is something he confesses to having developed:

“I knew nothing out F1 really (after landing ITV role). But for those 5 weeks leading up to it, my house sounded like Silverstone, I watched every single race I could see. If you go in assuming you know everything, you’ll crash and burn really. A combination of humility and loads of homework is key.”

Adeptly addressing this younger audience of students, he continues his advice with a smile:

“Sadly, even at your age you can’t go to parties all through the night and then turn up, stare down the camera in the morning, because that horrible camera will know what you’ve been doing. You have to temper your social life.”

He goes on to discuss his travels around the world for various events – World Cups, Grand Prix’s among many others, and states that Argentina was ‘fascinating’ and his favourite place to visit.

For a man so well-travelled, admired and skilled, his humility and eagerness to pass on knowledge is his greatest gift.