‘I’m interested in working with people rather than doing to people’: Shawn Sobers on storytelling 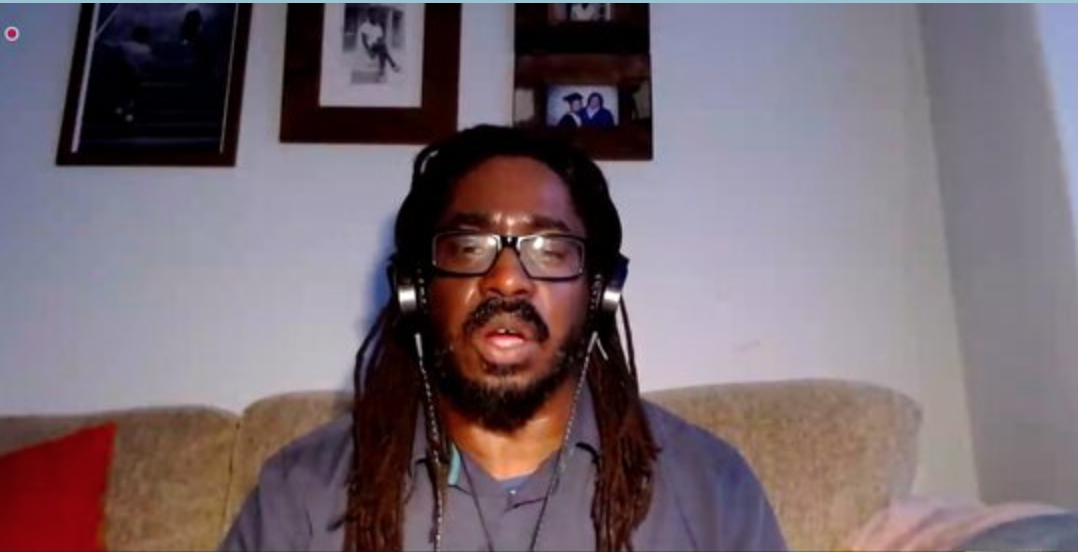 For the first day of the University of Gloucestershire’s annual Media Festival, UK filmmaker, photographer and writer Shawn Sobers explores the role of community engagement and its impact on his work.

This year’s Media Festival, unlike any before, is being hosted entirely online. For this discussion, Microsoft Teams provided an engaging and accessible platform that allowed students to meet with the filmmaker from their bedrooms.

The event, ‘Storytelling as an agent of change,’ is essentially a visual and digital tour of Sobers’ portfolio and career insights. Sobers describes his personal genre as: “dealing with untold stories.”

His approach is not only telling these stories as an outside third party but to become deeply engaged with those communities and individuals involved. Sobers says:

“I’m interested in working with people rather than doing to people. I didn’t want to just parachute into a space, make a film and then leave. I wanted to stay there and work with them.”

To Sobers filmaking is more than just the moments when the cameras are on, He said:

“It’s always my argument that storytelling doesn’t just stop and start on the screen, it happens in the foyer, it happens when you’re drinking coffee, before and after the film, it happens at a film festival when you’re being interviewed…”

Many of the projects Sobers shared demonstrated his passion for putting his lens on voices previously ignored by both media and history. Many of Sobers projects shine a light on aspects of the black experience that are regularly ignored within British history.
​
Sobers also argues that there is significance behind the stories we choose not to tell, inflicting hurt on communities who feel erased from the narrative. Sobers said:

“choosing not to tell a story – that is an action.”

This is a topic he went into detail on while discussing his research into the UK’s National Trust houses being funded by the slave trade.

He shows his recent work on the life of Sara Forbes Bonetta, an African princess who was captured into slavery in Africa. She was later rescued and given to Queen Victoria as a gift. He said:

“It’s not an untold story, its an unheard story. The story has been told before but because of whatever reasons the story hasn’t been invested in.”

Sobers says he intends to get in contact with places like Osborne House where Queen Victoria lived, in hopes to have the project displayed here after lockdown.