Gloucester prison: a look into life behind bars 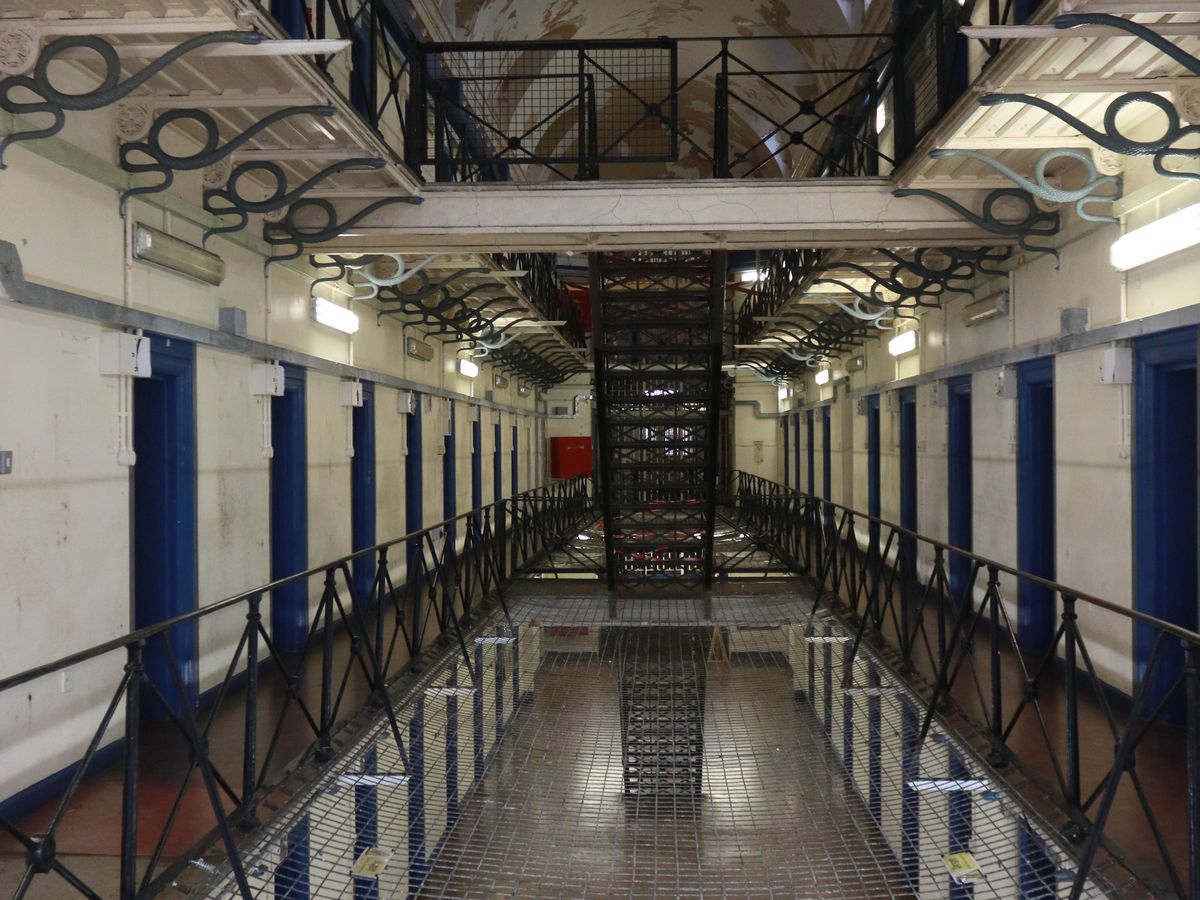 The smell of damp, dust and old food is one I’ll never forget. As I walked around Gloucester Prison, the odour followed me. The cells were old and smelled like mildew and mould. The kitchens like month-old cabbage. The chapel like old dusty books. You could even smell body odour in one of the wings.

HMP Gloucester first opened in 1792, and was open to both male and female criminals. Over the years the cells have been home to the likes of London’s infamous gangster brothers, The Kray Twins, and Gloucester’s very own serial killer, Fred West. West was held at the prison in 1994 during the period between his conviction and trial.

Reports in the early 00’s by inspectors showed the prison was suffering huge overcrowding problems and substandard living conditions. In cells built for just one or two people, at least three were locked away together, and sometimes four. Cleanliness and food hygiene were a huge issue in the prison, and all this factored into it’s closure. The prison was finally decommissioned in 2o13, and reopened for public tours in early 2017.

As someone who has always had a fascination for all thinks dark, mysterious and creepy, I decided that I wanted to go into the empty grounds and experience any atmosphere that may have been left over. And boy did I get what I wanted.

When I first walked into the door, I wasn’t sure what to expect. Perhaps a few people also touring, maybe waiting for a tour guide to show up; but nothing. I walked into what used to be the visiting hall, and there was nothing. A few sofas, chairs, a coffee and tea station, an information board and a mannequin dressed as a police officer (which scared the living daylights out of me), but no people.

But on one of the walls was a painting; a huge mural painted on to make children feel more at home when they came to visit their fathers, brothers and uncles. It stood out from the rest of the dull hall. I automatically felt sorry for those kids who’s weekends were spent in there.

But so far, it didn’t feel like a prison. It felt like a village hall with a very low budget, until I went from the visiting hall to the closed visits. The panes of glass separating the inmates from their loved ones, so they couldn’t even hold their hands were just a

sad reminder that it was the families who suffered from crime more than the criminal.

From the visiting hall, I walked out to the exercise yard; a huge open concrete space in amongst all the bleak buildings surrounded by high fences and barbed wire. Now it felt like a prison.

On the ground you could still see the markings of an old basketball court, the hoops still stood at each end, all rusted and decaying. The bleak weather didn’t help, but standing in those open grounds in the cold and damp was a horrible feeling. You could hear the sounds of average city life going on outside, but can you imagine being trapped in there and hearing the world carry on without you?

From the exercise yard to the cell blocks, the atmosphere around me changed. As crazy as it may sound, I felt completely different inside the blocks. Most of the prisoners were kept in Wing A. Those who were considered low-mid risk were locked away together in here. But before, in the times of capital punishment, three of the cells in Wing A were used to hold those condemned to death. The old hanging shed is now demolished, but it was at the end of the block, and men used to walk up to the first floor, be led through the door to the shed, have a rope looped around their neck, and then be hung from the gallows. From the outside you can still see the inverted ‘V’ shape where the roof of the shed would have been, the dent in which the beam would have stuck out for the rope to hang down from and the brick is slightly discoloured where the doorway was filled in after it’s demolition.

Walking through Wing A wasn’t a nice experience. It smelled like damp, the walls were black with mould and the doors to the cells were tiny and heavy. But the feeling is something I can only try to explain. The anger, the sadness, the isolation was almost resonating off the walls.

I felt watched, which is a horrible cliché I never thought I would use but it’s true. I’m not sure if you reading this believe in paranormal stuff, but as a believer myself, I felt very uncomfortable in there. Even down to the snakes used as decoration along the rails; it was creepy in there.

Wing B was worse. This wing was used for those who needed constant watch and higher security. You could tell just by the double locks and the thickness of the doors that this end was for the worst of the worst. They even used to have a padded cell in this wing. you could tell which one it was because the walls were far cleaner than the rest of the old mouldy cells, and it had two heavily bolted doors on it.

Between Wings A and B was a small door that led into the old chapel. As I walked in, I was relieved to be out of the cell blocks, but still felt wrong. There were no pews anymore, just a few pieces of Christian artwork, the small stage for the priest and the two balconies above.

In one of the balconies, the Governor used to sit with all of his guards and executives, looking down over his inmates. In the other balcony, the paedophiles and sex offenders would be seated, separated from the rest and level with the Governor so they could be watched at all times.

As I was walking around and exploring, I ran into three men who were also touring around the grounds. One of which, Bryan Hadley, used to work at the prison back in the 60’s for five years. He told me that the noise used to be ‘horrendous’ and constant. The sounds would ricochet off the walls; men yelling, doors slamming, footsteps on the landings, guard yelling at prisoners. He told me that for the time he was there, it was one of few prisons he worked in with such little violence.

Another of the three men was Wayne Hill, who was kept in Gloucester prison for three months when he was 21 for attempting to run someone over in a racially motivated attack. He told me that when he was in the prison, the only violence he saw were targeted attacks on specific inmates.

“I never got involved, but people would find out who was coming in through the papers and what they had done. It was mostly the paedophiles, really. When they arrived, a group of guys would walk up to his cell, or go up to the new guy in the kitchen lines, and just beat them to a pulp.

“Sometimes the guards would see them coming, and just turn their back on it. I guess they thought they deserved it too.”

His stories didn’t surprise me at all. I’d heard similar things from documentaries and news articles over the years.

There were a few times during my visit that I felt almost as isolated as the old inmates would have felt. The whole place was bleak and grim, and as Bryan and Wayne told me, the conditions haven’t changed much since they were both working and living in the prison. It was a harrowing experience, but one I wouldn’t change. If you’ve ever been tempted to commit a crime, the feeling of touring that place would set you straight again.

But if you’re like me, and love all this morbidly fascinating, then you too can tour the grounds of HMP Gloucester.

Click here to see when they’re open, and to see ticket prices.