Cheltenham 2020: Your guide to local politics 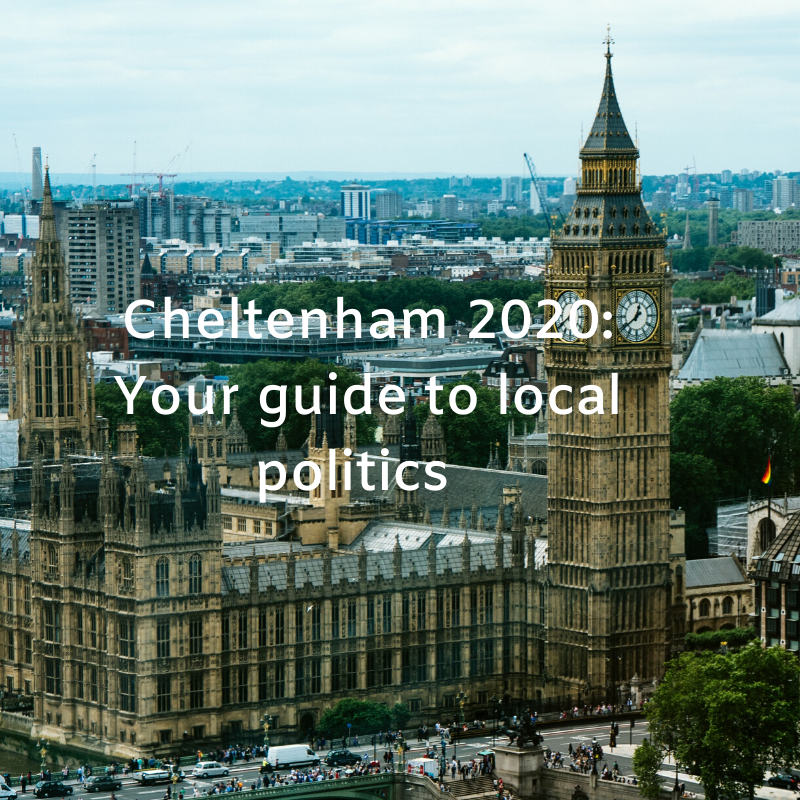 Jaimie Redgwick hates politics and that’s why we think she was the best choice to break down all the politics jargon.

If you’re anything like me, politics is not your second language. With Brexit and climate change becoming every day terms, I guess it’s time we start to learn. So, let’s start with something simple.

Here in Cheltenham we have a two-tier system. This means that we have our county council, Gloucestershire County Council and our district council, Cheltenham Borough Council. Each of these councils have different responsibilities that affect everything we do in Cheltenham.

Who is the MP of Cheltenham?

The MP for Cheltenham is Alex Chalk, a member of the Conservative party. With the possibility of an early general election (because Brexit may be delayed even more) we need to know that Alex Chalk’s main opposition is Max Wilkinson from the Liberal Democrat party.

An MP has the responsibility to represent what their constituents want, what their party wants and what Parliament wants. This means they are usually in the firing line and face a lot of backlash from different groups of people.

With Brexit scheduled to happen on the 31st of October 2019 and a general election heading our way, it looks like things will definitely be changing next year.

“We are not going to be a priority under a Labour government, so that is a real concern. But then of course, the whole spectre of Brexit, we just don’t know how that’s going to influence people”.

He went on to say:

“There’s a lot of investment that has come into Cheltenham because it has been a priority, and I don’t have any confidence that that would continue under a Labour government”.

Depending on the results of a general election, it could mean big changes for Cheltenham perhaps starting with Max Wilkinson becoming our new local MP. He said:

“We are going to be investing £100 million in homes for young people and families over the next few years and of course, we’ve declared a climate emergency. All of these things are very much at the heart of Liberal Democrat values”.