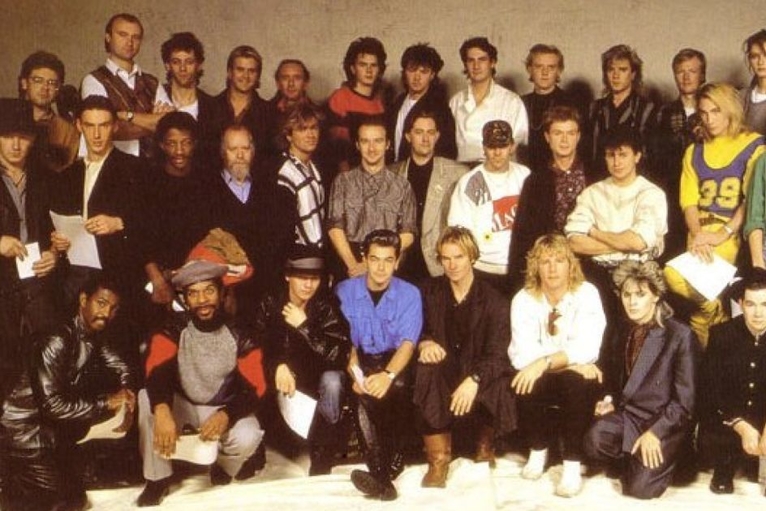 Christmas is the season of goodwill and giving. Every charity and company has their respective Christmas campaign which brings in big bucks for appeals across the globe, but what happens when the festive period ends? January is when we close our wallets and save our pennies, but the demands of charities still exists. So how do the nation’s charities adapt when the economic landscape changes?

If we look at an appeal such as Band Aid, this is something which becomes popular and still raises money every year. Bob Geldof said in an interview with LBC’s James O’Brien that the amount raised for the Band Aid Trust was “in excess of £200 million”, demonstrating the power of an effective Christmas appeal, in which 100% of the proceeds go to the Band Aid Trust, with Bob Geldof, Midge Ure, and the rest of the Band Aid collective taking not a penny from the Trust.

Even in Cheltenham, we can see the popularity of Christmas appeals. In 2018, the Gloucestershire Animal Welfare Association and Cheltenham Animal Shelter saw over 450 shoeboxes donated to their appeal, which provides Christmas treats and care for the animals in their care. This is a charity which requires over £650,000 each year for rescuing and rehoming animals, and their appeal does not contain any kind of financial donation, but is still wildly popular amongst local animal lovers who will send shoeboxes to the charity for their appeal, yet it’s clear that we are less willing to give outside of the festive period.

FareShare South West is the South West’s largest food redistribution charity, responsible for saving nearly 400 tonnes of good surplus food, and redistributing it to schools, homeless shelters and rehab units across the district. Over 2018/19, the charity provided over 960,000 meals for those in need.

Even as a charity with such keen ambition, there are still issues surrounding fundraising in the early new year.

Fundraising Manager, Phoebe Ruxton, said: “Inevitably individual giving to charities goes down in January when most are feeling the pinch as a result of the festive period, but few would plan activity to generate individual giving at this time of year. Charities these days must be much more proactive and strategic to survive. Fundraising is planned in advance of need, and for us here at FareShare South West we are more reliant on trust and grant funds than individual donations, though this is changing as grants become increasingly competitive.

Across all funding streams, we have to plan in advance so we can make long-term plans with, and commitments to, the hundreds of projects, schools, charities and organisations we supply with food. In fact, January is often a month when we hear whether or not we have been awarded money from trusts and grants.”

With charities often receiving a large amount of their annual money from individual grants and donors (The Woodland Trust received in excess of £17 million from these sources in 2018, compared to only £4.3 million in donations from the public), it can be easy to assume that lots of the pressure for donating to charities is off of the public, as their donations actually account for a very small percentage of overall annual fundraising for a charity. The public clearly need some sort of incentive to give to charity, especially in the period after the festive season.

Student Ryan Hick said “We’re all encouraged to give over Christmas because it’s the spirit of Christmas to do good and give back, but often I just don’t have the spare income to give to charity, because the cost of living in itself has become so expensive.

I can understand why people give to charity throughout the year, and if I had the extra cash then I would probably give more than I do, but Christmas is the only time when I feel more inclined to give money to charity because it’s advertised so much and you can’t escape it.”

Jay Adler, Head of Fundraising for St. Vincent’s and St. George’s Association in Gloucestershire, believes that the incentive needs to be subtle for people to donate to charity in January. St. Vincent’s and St. George’s Association is a charity providing support services for those in need, helping with supported living and homecare for those unable to care for themselves.

“I’ve been in fundraising for over ten years now, and I face the same problems every year. I have always run Christmas campaigns and appeals which are always really successful, but donations run dry in January and February especially.

The approach we take at St. Vincent’s and St. George’s is to launch an event which isn’t taking place until further in the year. We launch the Cheltenham Three Peak Challenge in January every year because people want to get fit in January, and this gives them something to work towards. The event doesn’t take place until June, and challenges people to take on Crickley, Leckhampton and Cleeve Hill, raising money for the charity.”

Like FareShare South West, St. Vincent’s and St. George’s relies on most of their fundraising in the new year from grants and hefty donations from their reliable sources, so the Three Peak Challenge actually supports the charity more in the middle of the year, another period where fundraising can run dry, and supports the charity towards the following festive season.

Clearly this is the incentive the public needs; get fit and invest in doing so. New Year’s Resolutions are the first thing on everyone’s mind as January rolls around (apart from escaping the crippling debt of Christmas) so the inevitable solution to the Crisis of charity fundraising, and shedding the pounds from excessive Mince Pie consumption, is to be challenged, and in doing so, support local or national charities.

Environmentally Sustainable Housing – Will it help?