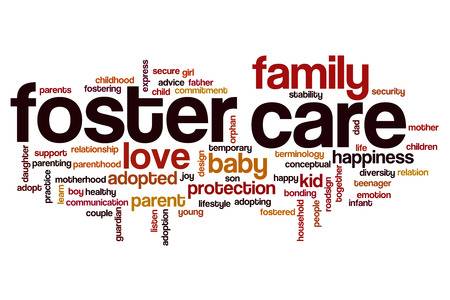 With a new conservative government recently elected, what does the future hold for the social services sector? With no mention of social work funding in their manifesto it seems that many are in the dark and fearful of what’s to come in the new year. Over the past few years the fostering sector has been silently suffering. A lack of foster carers and funding for mental health services has meant that the children, foster carers and social workers are not getting the help that they need and deserve.

The fostering sector is divided into two organisations, local authorities and independent fostering services. Whilst they both do similar jobs the workloads and conditions can vary widely. I spoke to a social worker who has experienced working in both areas. Karen (name changed to ensure anonymity) currently works for an independent fostering agency. When asked about a normal working day she said “no two days are the same…it’s stressful and busy, with lots of meetings and paperwork”. She mentioned that social workers are expected to do a lot; some days involve “just driving around” due to cases being across counties. Due to foster families living across a broad area, this makes “working difficult and time consuming…[usually] I don’t get a lunch break”. However, Karen mentioned that social workers at local authorities have it more difficult as they “can’t switch off at 5pm, they work longer hours than expected and have higher caseloads than in  independent agencies”.

Gov reported that between 2018-2019 there was a 2 per cent (44,450) increase of approved fostering households. Whilst this may be a positive figure, it is still not enough. Karen addressed a massive shortage of foster carers regardless of the figures. Karen stated “It’s a hard job not everyone can do”. Whilst there was a 9 per cent increase on initial enquiries (Gov.) to be a foster carer there is still a major gap to fill. “The pay is not great and the kids are challenging.. [foster carers] are aware of the lack of support, which means they’re less interested. It has a knock on affect” says Karen.

Karen also highlighted a shortage in Sure Start Centres. A Sure Start Centre is a programme offering a wide range of support services helping with children’s health and development and supporting families in need. “There’s nowhere near as many” says Karen. Centres like these were a key aspect in fostering as it offered support for the children and allowed the foster parents time to themselves. Local authority services have suffered the most cuts for children services. Karen mentioned whilst she worked at a local authority there was no support for the social workers, foster families and the children. Due to a lack of funding, activity days for children which allowed the foster carers a break are no longer available. “That’s really depressing” says Karen.

The fostering sector has also had major issues with the mental health services. This relates to support for the children, the foster carers who could access therapeutic input from mental health services to support placements. Karen also identified a lack of support for social workers. Checks for social workers would come from the manager, however with little time available in between meetings and visits to families and children, there is no time for regularity. In past instances, colleagues have had to be signed off sick by the doctor due to stress, some resorting to using medication to help stress. Mental health support for foster children is also in chaos. CAMHS (child and adolescent mental health services) is the main organisation used by fostering agencies and local authorities to help with extreme cases. However, due to a long waiting list and their tough criteria for accepting cases, the sector is struggling as children become increasingly at risk of suffering prolonged mental health difficulties. Karen’s past experience with CAMHS has been stressful, stating that they “only accepted cases where the children had nooses around their neck”.

Another issue mentioned was social workers pay and their work environment. This is apparently evident in both, local authorities and independent fostering agencies. Karen believes that social workers are undervalued when considering the large case load compared to pay “when you think of the responsibility, it’s not represented in the pay”. Furthermore, the fostering sector also faces the issue of their employees changing companies too frequently. This is more evident in local authorities due to the case load being too high. This is the result of a lack of funds to recruit new social workers to ease the case load. Karen says “[social workers] are too stressed and burn out”.

According to the fostering network, over 7 thousand foster families will need to be recruited in the next 12 months. Children in care “are often traumatised by complex disturbances” said Kate Hammond, a lecturer from the University of Gloucestershire. With the lack of foster families, children who have suffered such may not be rehabilitated correctly. Between 2018-2019, 5,900 children/young people experienced an unplanned ending within their foster home with a 10 per cent increase (Gov.). “Children who have experienced rejection and loss will often work to sabotage a placement….The child may take the mind-set that ‘these people will reject me and hurt me soon enough, so I might as well get in there first to save the pain” says Kate. Circumstances such as an unplanned ending can occur over night causing major distress and panic not only for the child but also for the social worker attempting to find a place for the child where there is a lack of.

However, there are cases where the child has maintained a long term placement. According to Gov, of the 3,770 young people who turned 19 between 2018-2019, half continued to live with their foster carers. Such placements “the outcomes can be very positive” says Kate. “I have worked with children who refuse to be defined by their status of a ‘child in care’” continues Kate. A lot of work has been put in to make such placements work. A big factor is focusing on the child’s mental health. Kate believes that “The key is recognising this and putting in support early, which is not cut short. The battle which is often faced is that many Children and Adolescent Mental Health Services do not have the capacity and processes to provide adequate support to children in care. For example, in many instances children will not be seen by mental health services unless they have been stable in a foster placement for over 12 months”. Kate stressed that her concern is the children that don’t experience a period of stability will never be eligible for such services. Cuts have resulted in social workers dealing with children that need help but are unable to supply it, resulting in the social worker feeling helpless and as a result carry a mental toll on themselves.

Whilst reported figures suggest a sense of positivity for the sector, it seems that the dark underbelly of this struggling service is being forgotten. With a strong focus been placed onto other social services, the fostering sector may have to suffer in the shadows.