The future of sustainable travel in Cheltenham 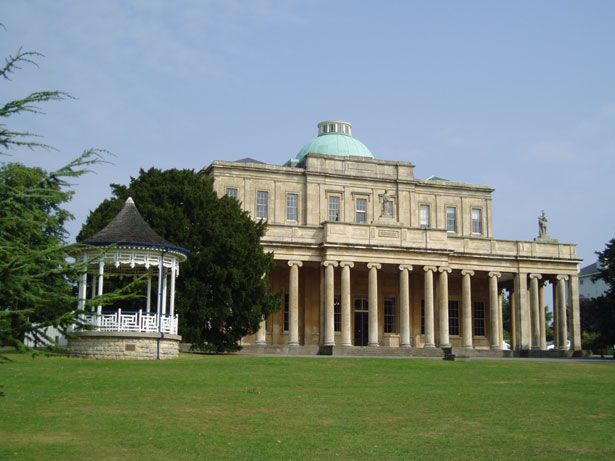 113,000 people reside in the Cotswold town of Cheltenham. During the multiple festivals that take place throughout the year it is estimated that the figure swells to around 250,000. On top of this 65,000 per day arrive during the Gold Cup week and that there are a further 72,000 jobs available in industries ranging from metalwork to cyber security. Making Cheltenham a cultural and industrial hub for the South West of England.

With this many people in and around the Spa town at these times, travel and transport is always going to be something that needs improving. Recent years have seen more luxurious busses added to the Stagecoach fleet, equipped with chargers and leather seats, and train services being improved towards the end of 2019.

Despite these changes there are still greater questions in relation to the future of Cheltenham based travel, the key one being is Cheltenham ready for a more sustainable future?

The main connection that Cheltenham has to major cities and towns around them is Cheltenham Spa Train Station. Every two hours 23 trains go through the station, taking commuters to and from locations such as London, Manchester and Bristol. The trains that are in use differ dependant on provider, the current breed range from having purely diesel engines to a combination of both diesel and electric called an ‘Electro Diesel Multiple’.

Research done by Saveatrain.com demonstrates the environmental benefits of travelling by train. A typical commuter trainline can carry up to 50,000 passengers per hour, add to this that rail transport emits 80% less greenhouse gas than cars, it would suggest that rail travel could play a massive part in the way we travel in the future.

There is potential for fully electric trains in the future, the main issue being the current infrastructure of the rail ways in Great Britain. The layout and design make it difficult to implement overhead power units, like those in place across areas of America and Canada. Companies are interested In the idea of electrifying the UK’s railways, with luxury car manufacturer Rolls Royce interested in converting some of the already used diesel engines into more eco-friendly hybrid units. Two trials are set to take place in 2020. Much like the phasing out of diesel cars, the government also want to phase out diesel trains by 2040, to cut the levels of pollution created by commuter travel.

The services provided across the County, when it comes to buses, is in the hands of national travel chain Stagecoach. Stagecoach offer a range of buses, from the smaller, single decker buses that operate around the town centre and out to smaller suburbs, such as Tewksbury, to the Larger double-deckers that operate between Cheltenham and Gloucester. In the later stages of 2016, Stagecoach introduced a fleet of 12 new Enviro double-deckers to serve the area.

The move was prompted in order to reduce the amount of harmful emissions being produced by the regular fleets operations as well as trying to eliminate the amount of car congestion in the town centre and surrounding areas. One of the key features is that it has a start-stop engine in order to help cut down on harmful emissions being produced when stationary. The introduction of this bus is a step in the right direction, with the potential to introduce completely electric buses sometime in the future.

In May 2019, stagecoach announced that they would be implementing 48 electric buses in Manchester and South Wales, meaning that there would be further scope to expand the roll out of these models in the future. By the year 2020, Stagecoach want to have 105 electric buses operational in the Greater Manchester area.

Cheltenham is also served by long distance coach company National Express, as an alternative to a train. Currently the luxury coach company are set on improving their carbon footprint, having manage to reduce their CO2 emissions down by 7.42% from 2014-18. On top of this they have revealed that travelling on coaches emits five times fewer emissions than a car.

In the 2019 travel survey, conducted by the Department for Transport, the most popular method of travel was by car at a 61% of all trips made and covering 77% of all distance. In the past ten years the landscape of car buying has developed massively, with cars to fit all needs and requirements. One of the biggest developments in the last few years is the rise in low emission vehicles. Currently on Uk roads there are 240,000 plug in hybrids, with an additional 12,883 being registered in September 2019. To keep up with the demand there are now also just over 26,500 charging ports across the Uk, however only 15 of them are implemented in Cheltenham.

With the sale of diesel cars ceasing by 2040, there is set to be a large increase in the amount of sales generated by electric and low emission vehicle, however there are questions on if or not the current charging infrastructure in the town will be able to cope with this influx. Matt Cleevely of Cleevely Electric Vehicles believes that Cheltenham is still slightly behind in terms of the available charging points, but it certainly isn’t the be all and end all of electric car success in the town. “When you bear in mind that 80% of electric vehicle charging is done at home anyway, it should affect the ownership of electric cars in the region”.

The main drawback on a lot of low emission cars is the initial layout. The most popular low emission car is the Mitsubishi Outlander PHEV which starts at around £35,000 fresh out of the showroom, however, does drop in price when looking for a second hand version. The downside of a second-hand model that is a little more appealing price wise is that they are usually the first or second generation, meaning lower range and less miles.

Overall headway is being made in Cheltenham, however there are a lot of external factors that could impact the future of sustainable travel in the town, funding and location are two key factors, despite this at the rate progression is being made elsewhere in the country, change is an inevitability rather than a pipe dream.