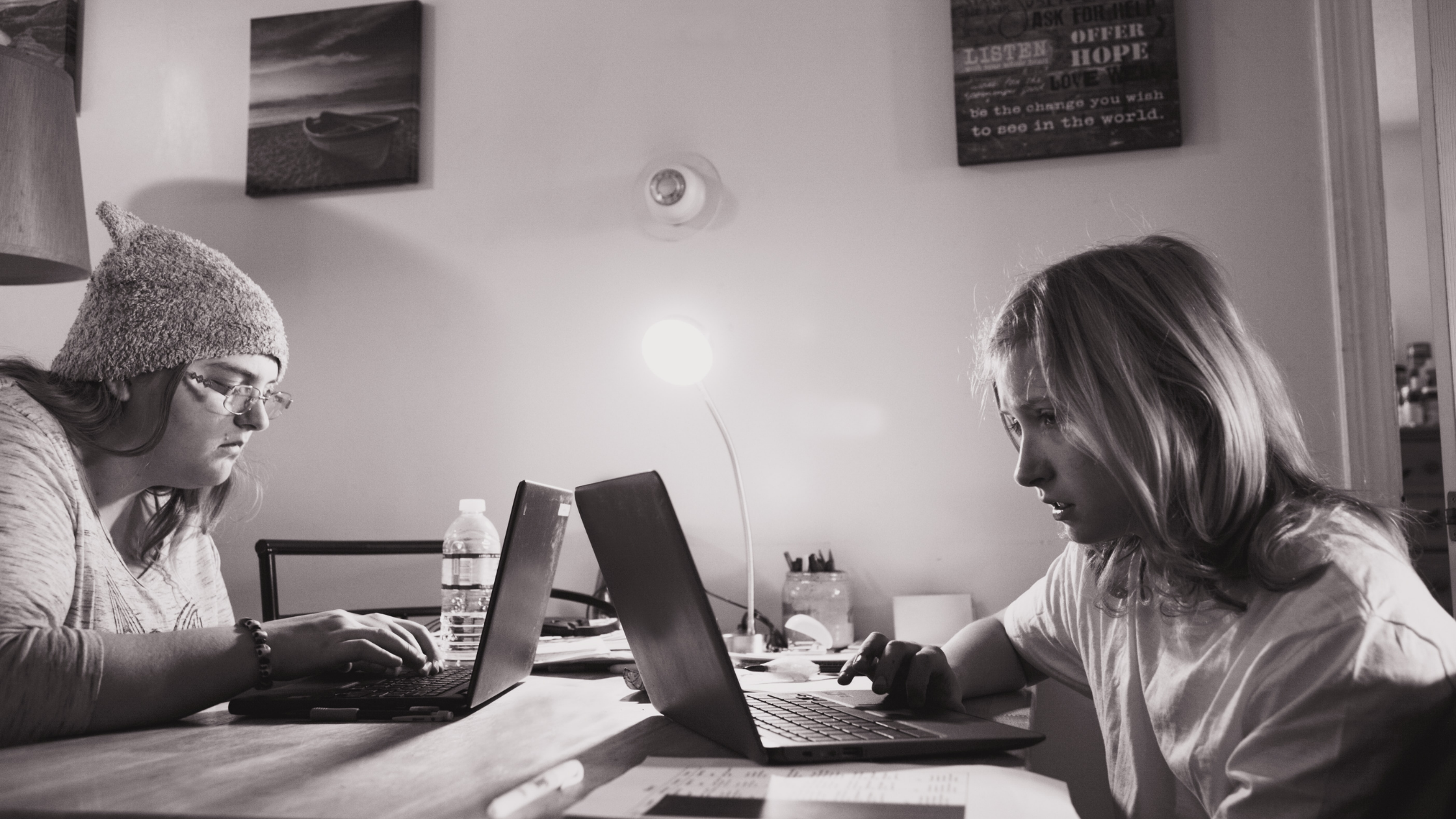 The pressure on oldest daughters providing childcare for their families continue to rise throughout the Covid-19 pandemic. Many families are relying on the support provided by the oldest sibling, who are taking on parental responsibilities while parents are working long hours away from home.

During the pandemic these first-born siblings have taken on even more than normal. While some are used to being caregivers, what they aren’t used to is being a teacher too.

“During the first lockdown I was in charge of everything. All the way down to his homework, managing his time, it’s quite difficult because I wasn’t used to being the teacher. But you learn to be one. I guess it’s just part of your responsibility.”

Mae is the oldest of three siblings. Her youngest brother is just eight years old and relies on his sister a lot. In many families it’s the oldest daughter who takes on the responsibilty of caring for her siblings, it comes from the expectation that it’s their familial duty to take on some of the responsibility of raising the younger children in the family.

“I’ve always looked after them because both my parents work and whenever they weren’t around, I was like the second mum. I grew up being the older sister and, you know, having to take care of them was a responsibility that was handed to me straight away.”

During this pandemic, things got harder when her brothers began online school. She said:

“I would be in charge during the day and then at night I would focus on myself. I was in the room and no one else was allowed to enter after 3, because they finish school at 3.”

But this new schedule created a domino effect on Mae’s education. After working well into the early hours of the morning to catch up with her university work, she began to feel exhausted during the daytime.

“I don’t think anyone can ever explain properly how much effort it takes for you to stay with your siblings. Especially when he’s eight. He can’t control his frustrations. I end up feeling the same way he’s feeling.”

Tererai Maenzanise, 20, is also a university student who has been taking care of her younger brothers throughout her pandemic, particularly when her parents worked night shifts. She helps look after her two younger brothers who are thirteen and ten years old.

“To start with it was just keeping them entertained, now they know school is online it’s just getting them to actually do school, for a while I was using my laptop to help my brother get on Zoom calls. We ended up finding him another laptop so that I could do school work as well.”

Despite the fact that the UK has been in and out of lockdowns for almost a year, that doesn’t mean it’s getting any easier. Tererai said:

“I think I still need time to figure it out, especially after normal lectures start again and having to actually be active in the lesson at the same time as helping them be active in theirs.”

At the beginning of the pandemic when schools and universities went online, access technology created a problem. She said:

“We have two computers between three children.”

Although the Department of Education is continuing its scheme to help provide laptops and tablets to children who cannot attend school because of Covid-19, there are still large numbers of families unaware of the support offered or do not meet the required criteria.

When I first read an article that claimed there is research to suggest that having an older sister is the secret ingredient to success, I wasn’t surprised.  When the same article went on to specify that it was older sisters in particular and not older brothers that played a big role in the development of their younger siblings, I still wasn’t surprised.

Being the oldest daughter means helping to raise your siblings is expected of you. No one really considers if you want to or not.

When my youngest sister, Eden, eight, turned to me in the hallway and said “Well… you are like a mum.” After she’d mistakenly called me mum in passing, I felt noticed. The role of the oldest daughter involves a lot of sacrifice at a young age and often not a lot of recognition for doing it.

I started taking on extra responsibilities for my family since I was around thirteen or fourteen and my little sister Maddison was around seven.

Everything became about early morning school runs, picking them up from clubs, babysitting constantly, long summers at home keeping them entertained, fed and looked after.

I remember thinking to myself, how do other people’s families do it? Who picks them up from school? Why do I always have to do it?

Part of being the first-born daughter that no one tells you about is the isolation. In a way, I struggled to make and keep friends because I could never go anywhere. I wasn’t free after school to hang out and I wasn’t free during the holidays either. As much as my school friends tried, I sometimes ended up being forgotten about. That’s not something I blame anyone for and eventually, I just got comfortable with it. I had responsibilities other teenagers didn’t.

Being older now, I’m glad I was there for every part of both of my little sister’s childhoods. I’m happy they had someone who was there to look after them, make them lunch and pick them up from school. It’s weird to think about what would have happened if I wasn’t there. They’re my little sisters and to be honest they’re my whole world. I would happily help them in any way I can.

This story isn’t an uncommon one but it is often a story that goes unrecognised or not talked about.

These stories bring to light how many older sisters are stepping up. Being a university student in the middle of a global pandemic is hard enough and in many ways being a second mum on top of that is even bloody harder.