Notes on a Conditional Form: the album that is quintessentially The 1975 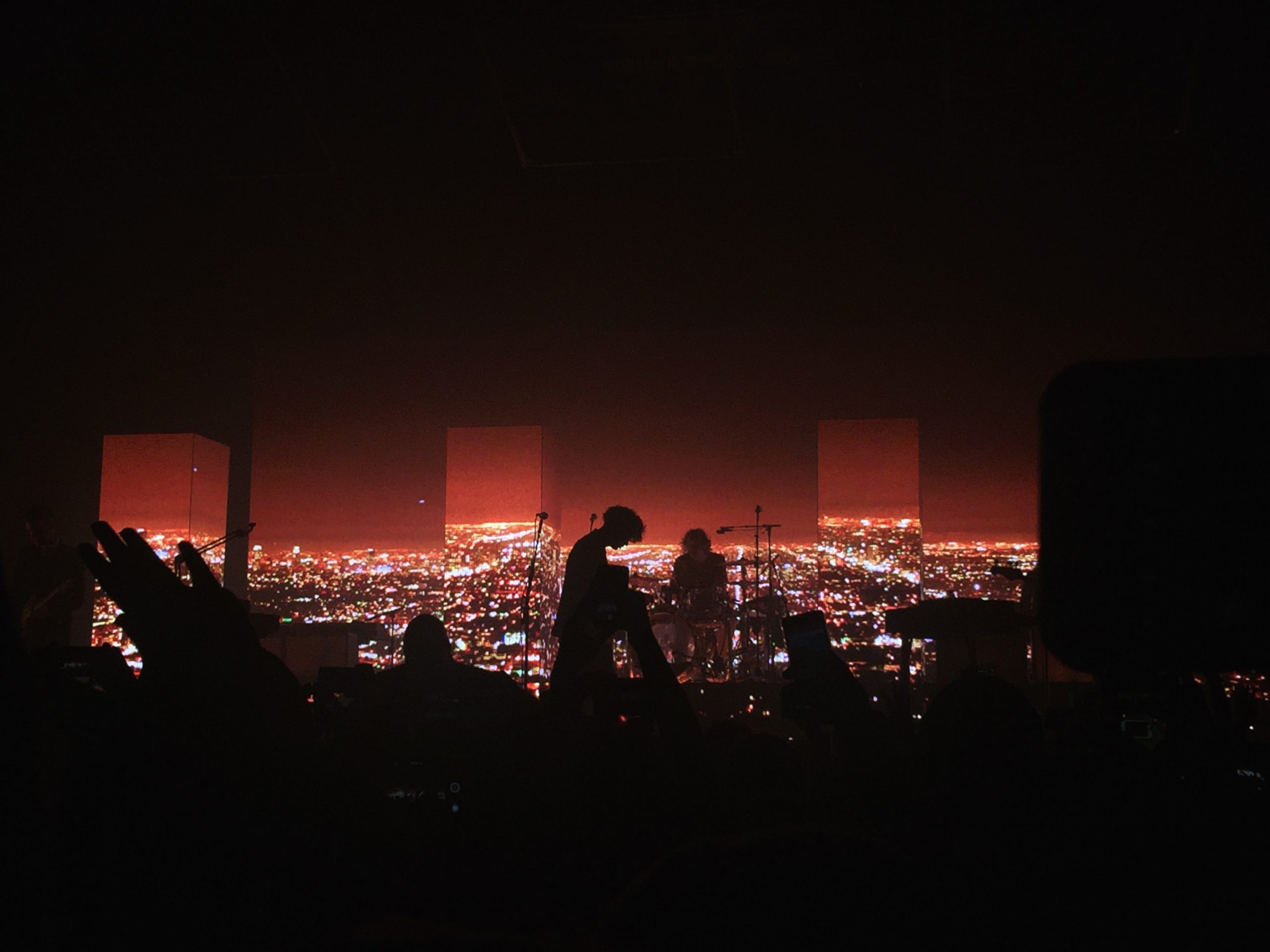 In the years since the release of their debut namesake album, I have become so accustomed to the random, experimental noises in The 1975’s music that I had to pause the 12th track on their latest release this morning just to confirm that it was, in fact, birds that I could hear outside, and not just another of Matty Healy’s intriguing ‘caws.’

Nonetheless, Notes on a Conditional Form twinkles with the experimental, robotic snippets of sound, allowing the album to lend itself to just one appropriate adjective:

The only way to describe Notes is the most The 1975-ish album that The 1975 have ever released. It pulls together the brassy, nihilistic attitude of the namesake album, the daring, charming, almost pretentious lyricism of the second album (I Like it when you Sleep), and the experimental variation of the third album (A Brief Enquiry).

Pull these elements together and you have a collection of music so quintessentially The 1975 that it shouldn’t really give you any surprises when you listen to it for the first time.

In fact, the second you tune into the album and see ‘The 1975’ as the first song on the tracklist, you expect to hear the solemn, deep, robotic ‘Go Down,’ the way it has been on every other album, right?

But Notes has changed The 1975 narrative, instead giving us nearly 5 minutes of emotive, anger-evoking spoken word from Greta Thunberg. The band have replaced their traditional values with a call to action for the climate crisis. A necessary, thought-provoking replacement.

As the album progresses, my view on The 1975 starts to change. It’s not a new concept for them to integrate lyricless soundtracks into their albums, but they’re songs I’ve skipped in the past, unable to fathom what value they bring to the albums. ‘Please be Naked’ and ’12’ are just a couple of examples.

But then I heard ‘Streaming.’

The instrumental song is placed between two of the band’s singles that we heard months ago. ‘Frail State of Mind’ and ‘The Birthday Party’ sound so achingly different; worlds apart in both pace and tone, that it’s difficult to imagine how 92 seconds of music can possibly bridge them together.

‘Streaming’ does just that. And so effortlessly, too. The music ebbs and flows between the two songs in a way that listening to all three of them side by side makes them feel like a beautifully experimental piece of music in a fashion that is so The 1975.

But take Streaming out of the equation and you’re left with two pieces of music that do not belong in the same album, a sentiment echoed throughout the entire 22-track lineup. But it works so, so well.

The range of genres on Notes is unbeaten. It’s a concept I’ve not seen another group or artist tackle so skilfully. Where else in the directory of modern music can we see an album that incorporates pop, rock, country, acoustic, rap and even a couple of garage tracks into the same collection?

Still, the art of consistency is clear throughout, despite the fact that no two songs fit the same traditional genre. They all fit into a genre of their own: The 1975.

The album draws to a close with ‘Guys,’ the final single released by the band before the release of the album earlier today. It feels like the perfect close for what seems to be an ‘end of an era’ album for The 1975. It’s a song that invokes an image of someone as you listen to it, because all of us in our lives have met the person ‘Guys’ is talking about.

Throughout the album; the high-tempo and the slow-paced, the shouty and the mellow, I had one lingering question:

Was it worth waiting an extra month for, when the original planned release date was April 24th 2020?

The songs featured in Notes took me to places. ‘People’ took me back to the gym, where I heard it for the first time on the treadmill and turned the incline up because the song made me so angry I had to push myself harder.

‘The Birthday Party’ took me to my last pre-lockdown gig at the Motorpoint Arena in Cardiff, where I saw a type of stagecraft I’d never witnessed before in my life.

‘Shiny Collarbone,’ despite the fact it was released just hours ago, took me to the middle of a field with a paper cup full of warm cider, wellington boots chafing blisters onto my legs and the sun burning down onto me as I dance amongst other sweaty bodies, listening to the same garage track over and over again in usual festival fashion.

Being transported to these places was exactly what I needed, today, as we enter the second month of lockdown, so the release of Notes on a Conditional Form could not have come at a better time.

Summer 2020 won’t be one we forget any time soon, and I can see Notes providing the soundtrack.

You can tune into a listening party for Notes on a Conditional Form tonight at 7PM BST.