Is there a High Street Crisis? 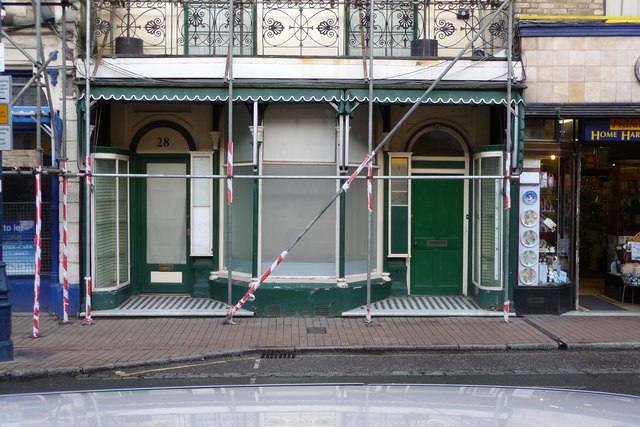 It is a cold winters afternoon and the promenade clearly shows that Cheltenham is definitely in the Christmas spirit. But where are the Christmas shoppers?

It’s the first evening of late-night shopping and the Christmas Market is looking desperate for Christmas goers. The sound of Christmas carols playing on speakers in the background has created a quiet and somewhat ghostly high street. What you would think to be a busy and overcrowded night has started a lot quiet than expected. Empty shops which used to be homes to LKBennett and GAP, the streets look like they are disappearing too. What is known to be a popular part of Cheltenham, is this really the way our high streets are going? And with pound inflation and online shopping being a factor of this crisis, surely there’s some sort of Christmas spirit somewhere?

With a staggering 2870 stored that shut in the first half of 2019, that equates to 16 shops closing a day. Fashion retailers saw the biggest decline with restaurants, estate agents and pubs coming in second. Due to empty spaces constantly appearing, as a factor of this there have been a huge increase of takeaways and sport & health clubs.

“The FSB welcomes the decision to provide much needed extra support for our high street retailers which is something we have been actively campaigning on for many years.”

“It is vital we do everything we can to support and encourage retailers in towns cities and villages throughout the UK because they are not just there to provide a vital service and support our day to day needs, but they are at the heart of our local communities and a thriving high street ensures a thriving local environment.”

Perhaps the fall and decline of shopping in the high streets is due to people buying into lifestyles they see online:

“Yes, we all enjoy online shopping but when you also support your local high street you are actively supporting local jobs, the local economy and the look, spirit and feeling of the community where you live. It is possible to have a growing online shopping market alongside fantastic physical shops and the more support we can get like this latest Government initiative the better the chance that we can continue to have that retail mix for many decades to come.”

With the Prime Minister’s new plans for small businesses, Holliday gave his views on what has been stated in Boris Johnson’s first Queen’s Speech of his ‘people’s government’:

“Of course in the grand scheme of things this latest cash injection may not itself be transformative but it is certainly a step in the right direction and shows there is a realisation in government that we all need a strong high streets and anything we can do to make sure there are more shops, restaurants and entertainment venues in the heart of our local centres the better it will be for all of us in the long run.”

In breaking news for Cheltenham business owners, Boots Corner has failed and will be re-opened to flowing traffic. Boots corner was originally closed in June 2018 and has only been used by allowed to be used by buses and taxis. However, 18 months later and Boots Corner will re-open after much debate. Cllr Lyndon Stowe said, “The impact of local businesses and people is obvious”. And with lots of controversy in the air, no many were happy about the decision.

Kevan Blackadder who is Director at BID (Business Improvement District) Cheltenham has aims of bringing in new innovations to the high street. Stating the big names such as Sports Direct, Homebase, GAP, LKBennett and Patisserie Valerie having left the high street, we want to know what Blackadder thought of this:

“That’s a bit drastic, the high street is not a crisis”.

When asked whether the new John Lewis infrastructure has been a positive or negative impact, Blackadder said, “Union Project were based in Montpellier, and have now moved to be closer to John Lewis. Even other shops have done the same thing”.

Cheltenham Borough Council have invested £1million in to the renovations of Cheltenham’s high street alone. With works having started in March 2018, £725,000 has already been spent. The first set of renovations have taken place from Rodney Road to Cambray Place. The council say that, “Shoppers and visitors are now enjoying the new paving and seating along with the greenery added”. Further to this, “The project is aimed at increasing the attractiveness of the High Street, benefiting the local shops and businesses”. With this in mind, Blackadder said, “It has been spent well, and with February approaching, we are planning on installing an ice rink in the New Year in Montpellier gardens, with this in mind, we are aiming and hoping that this will be a reason for coming to Cheltenham, which should help the high streets local environment”.

Further to this online shopping scheme, a group of Christmas shoppers said that 20% of them said they do their shopping using the high street whilst 33.3% of people do their shopping online but 53% said they use a bit of both. Comments about high street shopping were, “It’s more personal and you’re guaranteed to get it on the same”. Whilst others said, “It’s a bit of a hassle, it’s weather permitting and not as convenient as online shopping”. Another comment about online shopping was, “I do my Christmas shopping online in Etsy which is handmade and special”.

To conclude, we are all hoping for an everlasting high street, but what matters is if the continuation in online shopping increases, what will our high street look like in 5 years…