9 Things You Need to Know Before Your Move to Cheltenham 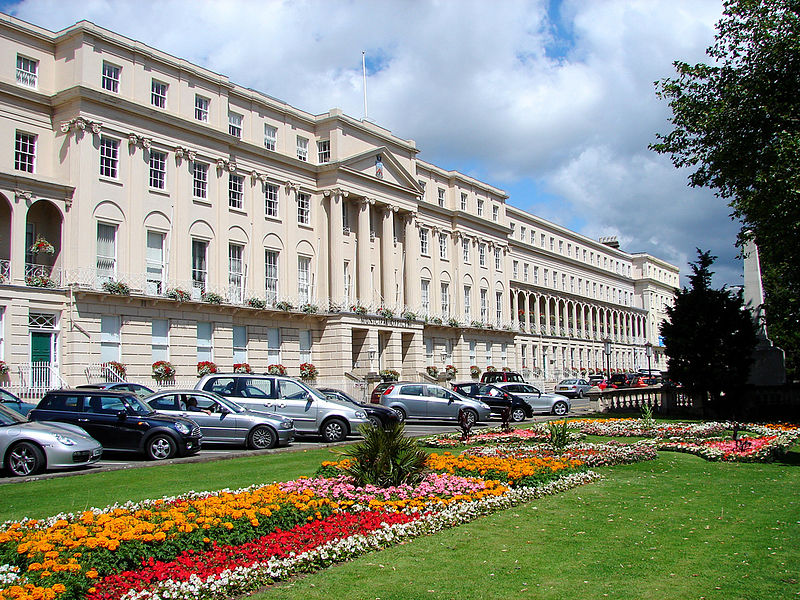 Wherever you live now, and wherever you’ve moved from, there are some things that people need to know about where they’re calling home next.

Cheltenham is no exception. It has a population of roughly 120,000 people and is perhaps known most for the discovery of its spa waters.

There are more than a few cycling clubs, and each appears to have more members than the last. The Cheltenham and County Cycling Club has over 250 members, who can all enjoy countless countryside miles or use one of the cycle lanes found closer to the town centre.

The result of this? Carnage. Especially when it comes to parking and locking bikes. There are over 40 designated bicycle parking spaces scattered around the town, but that doesn’t stop Cheltonians chaining their wheels to trees, lamp posts and just about anything else that’s still for more than a minute.

2 – You can walk pretty much anywhere in 30 mins

Well, nearly 30 minutes. For all the things Cheltenham offers, size isn’t one of them. Weirdly, you can be miles away from where you need to be but find that it doesn’t take you an age to cross the town. This is partly down to the simplicity of the pavement and road network in the town. Almost Roman in its design, roads meet each other at neat crosses or loop around completely and take you back to roughly where you started!

The High Street, divided creatively into the ‘top end’ and the ‘bottom end’ by residents, is essentially a straight line that runs through the centre of the town and joins the Promenade in the middle.

3 – Boots Corner is all anyone can talk about

Like Brexit for the British public, the people of Cheltenham can’t stop talking about the road being closed to traffic or open to busses or pedestrianised or any of the other suggestions that the Borough Council have made in a bid to keep traffic away from the area.

Boots Corner was only ever one part of something that needed to be much bigger, bolder and socially just.

Even worse: CBC & GCC seemed intent on competing & scoring points against one another when what was needed was cooperation. This is no model for doing anything #Cheltenham https://t.co/7HIUf1p9mM

The leader of Cheltenham Borough Council has apologised for certain aspects of the way in which Boots Corner was closed. Do you think the road should be open – or should it have stayed shut?

The busy road stretches across the high street and before its 18-month trial closure, 13,000 vehicles used the route every day. 13,000 vehicles then used Saint Georges St instead, until the council realised this was no better and voted to re-open the controversial corner in December of last year.

With the word ‘Cheltenham’ included in the title, it seems daft to not know about the Racecourse and the events it hosts. In 2018, nearly 270,000 people visited the town over the first four days of racing and the ‘Gold Cup’ saw a further 70,000 spectators.

It’s safe to say that if you didn’t know about the festival and the punters it attracts by the start of March, you will by the time the event ends in the second week. Despite the shoulder to shoulder shopping experiences, the event is a great for the town’s tourism and the majority of visitors are friendly.

In 2015 you saw them, and then suddenly you didn’t. Burger King then took a four-year break from Cheltenham before returning in April 2019. When the fast food chain left, fans of the eatery took to social media to question and rage at the decision and the disappearance of their favourite worker, Burger King Billy.

When they returned in 2019, a lot had changed. Their venue and seating capacity for one, seeing an upstairs area added and room for a further 30 people downstairs. Needless to say, Burger King Billy returned to his previous role and once again fans went online to praise the brands return.

No one really knows why they left in the first place.

6 – The Brewery Quarter actually used to be a Brewery.

The reason for knowing this is simple. It allows you to tell anyone who tries to tell you this fact, to stop talking because you already know it.

Yes, it was a Whitbread Brewery and yes, it was closed in 1998 and yes, it burnt down in a fire about one hundred years ago, but people don’t need to hear these same three facts about the buildings every time they’re mentioned! The Brewery Quarter stands on the same site as the old brewery, but now houses coffee shops, restaurants and clothing outlets and is home to one of the most advanced I- Max cinemas in the UK.

Eleven Costa’s, three Soho Coffee’s, three Starbucks, two Café Nero’s and a Boston Tea Party. It’s no wonder Cheltenham has been called the coffee capital of the UK. It may be hard to believe, but there really are that many coffee chains at work here, and that’s excluding the private shops.

Out of the twenty stores listed above, six of them can be found on the High Street and a further two are just metres away. Being in such close proximity to each other seems pointless, but it gives shoppers plenty of variety when they pause to fuel their days.

8 – Julian Dunkerton is the town’s claim to fame

The Cheltenham based business boss is a busy man. He’s directed 29 companies in the past, 24 of which he has kept control of. From flowers to cider, fine dining to clothing, Dunkerton has his fingers in his fair share of pies.

The tycoon battled to re-gain control of the global clothing brand Superdry but did so at the start of last year and manged to bolster his estimated personal fortune to £440 million. As well as this, two years ago he brought the regency town Dunkerton’s Organic Cider shop and Cidery and regularly invests in local businesses and ventures.

Just last year he became co-owner of The Beautiful Flower Co after, the now managing director, Jo Wood provided the flowers for his wedding and he fell in love with the floral designs.

If you can’t see a bike or a coffee shop, the chances are you’re stood in a park. The east of the town is covered by Pittville in the north, and Winston Churchill and Sandford parks to the south.

Opened in 1825, Pittville park is the largest in the town and features a boating lake, children’s playgrounds and an aviary. Sandford is accompanied by a lido with a well-placed Wetherspoons at the rear of the greenery. A watering hole for hot sunny days. The town centre, despite being well equipped with concrete and buildings, makes room for Montpellier and Imperial gardens above the Promenade and hides many more green spaces beside these.

Googling ‘Cheltenham’ will let you find out about the Pump Rooms and how long it takes to commute to Bristol, but it doesn’t tell you everything. To find out what it’s actually like to live here, you need to experience it. To grab a coffee on Boots Corner or order a bite to eat from Billy at Burger King.